JAIME MEARS was born in Sydney in 1981. She is an actress with over a decade of professional experience in Theatre, Film and Television in Australia and Europe. She is a graduate of Australia's National Institute of Dramatic Art (NIDA) and has extensive training in Classical Theatre, voice work and singing, Suzuki, Viewpoints, Acrobatics and Dance in Paris, Portugal, Denmark, the UK and the USA. She has worked with companies such as the Sydney Theatre Company, Belvoir St Theatre Company and Darlinghurst Theatre Company as well as an ongoing role in a national television production, All Saints. Her teaching work was based primarily with NIDA's Open Program but also with the Brent St School of Performing Arts, teaching classes in Theatre, Film, Movement and Improvisation to children and adults. From 2008-2010 Jaime studied with Philippe Gaulier whom she also was assisting classes for in 2010. In 2010 she established Naked King Theatre Company known in Portugal as Teatro Rei Sem Roupa. The company's debut show, Mau Lobo Mau has played in theaters and festivals throughout Portugal, for FITEI one of Porto’s largest international theatre festivals and in Camp Bestival in Dorset, UK in 2011. In 2011 Jaime was invited to take part in a residency for the European Capital of Culture to create ‘Cruzadas’ a devised project with Teatro do Frio, which premiered in Portugal at Teatro Nacional São João. During 2011/12 Jaime attended workshops with Complicité in London, with Piesn Kozla in Portugal, Yumi Fujitani, a Japanese Butoh practitioner and director based in France, the month long annual SITI Company Summer Training Intensive in NY, with Company of Wolves in Scotland and with Keith Johnstone in Denmark. In 2011-12 Jaime assistant-directed her first piece of theatre, Cabra Cega, a co production between Naked King Theatre ( Teatro Rei Sem Roupa) and CIRCOLANDO  one of Portugal's leading independent physical theatre companies. Cabra Cega premiered at the MINDELACT festival in Cape Verde in September 2012. Jaime is currently teaching Improvisation, Classical Theatre work, and Viewpoints for ClownLab Porto as well as performing and creating new work with Naked King Theatre (Teatro Rei Sem Roupa).


Pedro Fabião graduated Psychology at Coimbra University in Portugal where he also discovered a passion for both Clowning and Acting. He studied acting at CITAC and then attended the full two year course with Philippe Gaulier in Neutral Mask, Commedia dell Arte, Melodrama, Shakespeare and Chekhov, Character, Bouffon, Clown as well as Writing and Devising from 2008-2010. He has studied Clowning, Theatre, Improvisation and Dance with teachers from around the world including Ami Hattab, Alexandre del Perugia, Ewan Downie, Yumi Fujitani, John Mowat, Volker Quandt, Robert Steijn, Paulo Castro, Sergio Claramunt, Gabriel Chame, Urs Stauffer Peter Michael Dietz and Loic Touzé. In 2006 Pedro co-founded the Alter-Lego Company for which he has devised and performed Clown shows throughout Europe. In 2007 Alter Lego was selected to represent Portugal and Spain at the European Convention of Young Artists in Berlin. In 2011 Pedro was invited to take part in a residency for the European Capital of Culture to create ‘Cruzadas’ a devised project with Teatro do Frio, which premiered in Portugal at Teatro Nacional São João. Pedro is the co-director of Naked King Theatre (Teatro Rei Sem Roupa) which formed in 2010. Since then he has co-devised and performed in Mau Lobo Mau which has been shown in FITEI Portugal and Bestival UK. He also devised and directed Cabra Cega a co production between Naked King Theatre and multi award winning Physical Theatre company Circolando which premiered at the Mindelact festival in Cape Verde in September 2012. In 2012 Pedro directed A Pesca which premiered in October 2012 in Portugal.  Pedro began directing Clown performances in 2010 and is now recognised as one of the most outstanding Clown teachers in Portugal. He is currently a regular teacher for Clown Lab Porto as well as a trainer for Operação Nariz Vermelho. 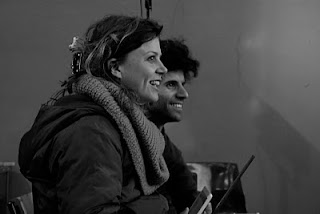